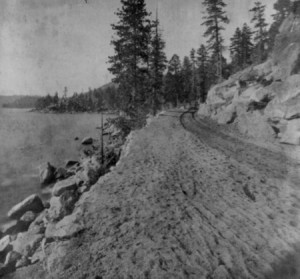 “What’s purple and lives at the bottom of the ocean?”

“You tell me,” I said, from behind the wheel of a 15-passenger van filled with elementary school children, from our martial arts business in Hillsboro.

“Moby Grape,” he replied, laughing in the way only a pre-teen youngster can.

The sorry excuse for a joke—kids say the darnedest things, don’t they?—comes to mind whenever I think of “Water Babies,” the mythical creatures talked about by an earlier generation of Washoe Indians.

Best that anyone can say, Washoe Water Babies tales predate the crazy corps of white Americans who crowded into northern Nevada when silver was first discovered in 1859.

The story is a familiar one, if you’re at all acquainted with Nevada history. As the Comstock began to explode, the Washoe’s claim to the area began to implode. By 1863, most people say the tribe(s) were driven from their land, the forests from Virginia City and its environs all the way to Lake Tahoe were clear-cut, and traditional migration patterns—simply pictured, to Lake Tahoe in the summer for fishing, to the Pine Nut Mountains east of there for the fall harvest of nuts, and the valleys in-between so as to winter warmly into the spring—were made difficult, at best. The impact on the Washoe culture was terminal, so much so that by 1866, Indian agents in Reno believed the tribe faced imminent destruction and no government provision was made for the tribe’s future.

Fast forward 150-some years. The Washoe have persevered. And despite significant challenges, which are beyond the scope of this simple blog entry—the Washoe people have formed tribal governments, regained control of (some) tribal lands and are busy, even to this day, actively building and teaching about their culture. In some small way, I hope my novels—set in northern Nevada, in the 1880s and forward—contribute to our understanding of this important community which, by some estimates, dates to more than 9,000 years ago.

But I want to talk about Water Babies, because you’ll see them pop up, as it were, in some of my books. At the beginning of Lady of the Lake, for instance.

“Did you see them?” the voice asked.

Ronin looked left and right, but not before he placed his right hand on the black buffalo-horn handled Colt sitting cross-draw at his waist. “Jesus Christ,” he murmured.

“Did you see the babies, Mister Ronin? Your horse stopped because of the Water Babies.”

“You’ve got to be kidding.” W. W. Ronin laughed as he stood up to take a better look.

But to the early Washoe tribe(s), the Water Babies were no laughing matter.

Jo Ann Nevers writes in her 1976 history of the Washoe people, Wa-She Shu: A Washo Tribal History, that the mythical creature known to inhabit the crystal blue waters of Lake Tahoe was two to three feet tall, with long, flowing black hair.

Lake Tahoe was the home of another mythical creature, a great bird or Ang, which was said to swoop down, capture and carry its unsuspecting victims aloft. We’ll speak about the Ang in another post, suffice to say that some tribal stories declare the Ang is gone, having been killed by a caught but clever Washoe Indian brave. 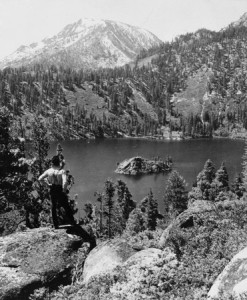 My character “Happy Hands,” a holy man modeled after a handful of historical Washoe shamans and called such by his white friends—his actual Washoe name isn’t revealed in any of my books, out of respect—believes the bird with a seven-foot wingspan may actually still live. To the contrary though, a local legend, cited by Julie Stone in the Lake Tahoe Nevada State Park Interpretive Plan, cited here—it’s a difficult paper to obtain, apparently—says the bird’s death formed a reef near Cave Rock at Lake Tahoe. Fascinating, right?

Why my interest in these stories? Because the ancient legends imbued these creatures with special powers, sometimes causing illness and death even to those who were specially prepared or trained.

Similar stories are told, of course, by nearly every ancient people. The earliest Hebrews, for example, speak in horror of a fire streaming, lightning beaming Leviathan, the huge ocean fish mentioned numerous times in the Hebrew scriptures. When was the last time you heard a sermon about scary water creatures from your local preacher? Still, the stories were important enough to these Old Testament people that a cautionary note is sounded in one of the oldest Bible books, The Book of Job, chapter 41.

Arrows do not make him flee. Sling stones are like chaff to him. A club seems to him but a piece of straw. He laughs at the rattling of the lance.”

In other words, if you see one of these things, run. 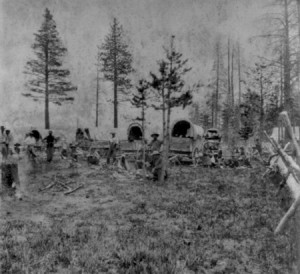 These psychoid elements of the human condition, free-floating in the conscious and unconscious minds and histories of ancient peoples—thus always associated with water, the symbol of the unconscious—whether slimy, scaly, hairy or bald, hunt us down with harmful intentions. Even those of us who live righteous and otherwise-deserving lives. Even the priests, champions and heroines who are specially prepared to understand them or fend them off. Like the real-life piranha we live with, these ancient myths gnaw at our sense of order and safety, and sometimes, without warning, appear in the midst of life’s adventures.

I love these Ronin novels—there are four published at this point, a fifth soon to appear, available everywhere books are sold—because they allow me to tell important and sometimes ancient stories in hopefully interesting and contemporary ways.

The ancient stories say that the Water Babies live at the base of Cave Rock, but can sometimes be found—by virtue of an old tunnel beneath the rock—in every body of water the Washoe people frequent, including rivers, lakes, ponds and rivers. Should you be looking out for these creatures, next time you take a boat trip at Lake Tahoe, or visit the spring-fed bathhouses and swimming pools at Grover’s, Walley’s, Carson Hot Springs or Steamboat? Let caution be your guide, if the storytellers are to be believed.

They are powerful forces at work in the world. The ancient Washoe have told us so, as early 1844, when the American pathfinder John C Fremont “discovered” Lake Tahoe.

Want to read more about Water Babies? Pick up a copy of any of the W. W. Ronin Westerns found on this site, where Two Bears Books promises you: real people, real places, the way the West was really won. Or for a more serious read, consult the sources listed below. Hyperlinks are included, if the books are readily available.